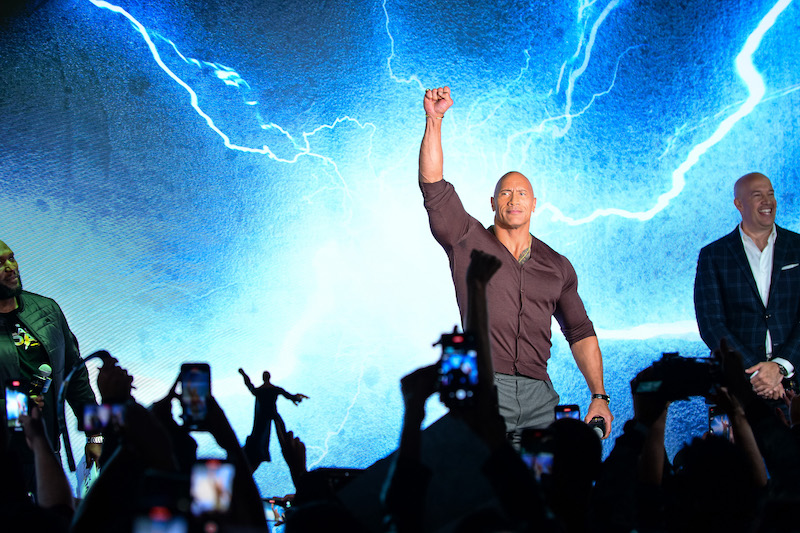 Johnson took the stage as the grand finale of ‘BLACK ADAM Rocks Canada’, where he surprised the audience by awarding not one (as initially teased to attendees) but two grand prizes, which included a trip for two to Los Angeles with tickets to the Warner Bros. Studio Tour Hollywood (courtesy of IMAX), CineClub Memberships (courtesy of Cineplex), and a one-year supply of ZOA, Johnson’s sugar-free energy drink, which expanded into Canada earlier in the week. 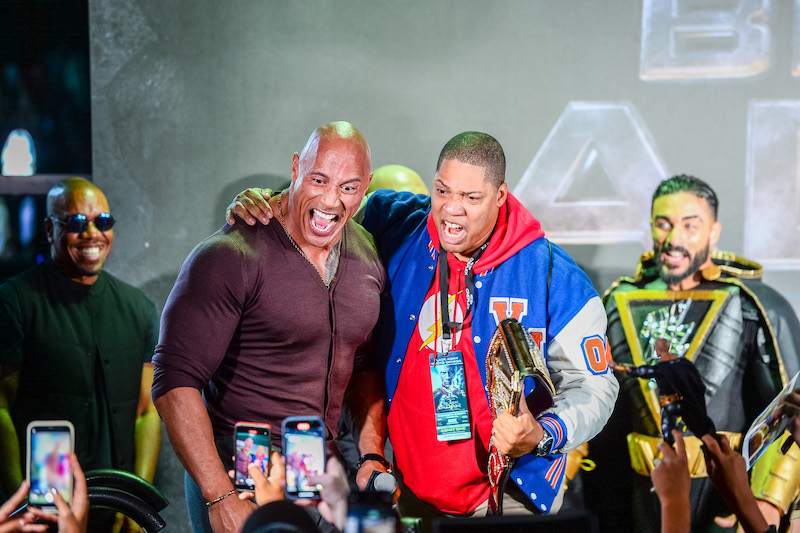 The event – which was presented by Audi Canada, Cineplex, and Rogers Sports & Media – dominated Cineplex’s The Rec Room, becoming the first time a movie studio has taken over the entire venue to promote a theatrical release. Following the event, attendees took part in the March to the Movie up John Street to Cineplex’s Scotiabank Theatre Toronto. 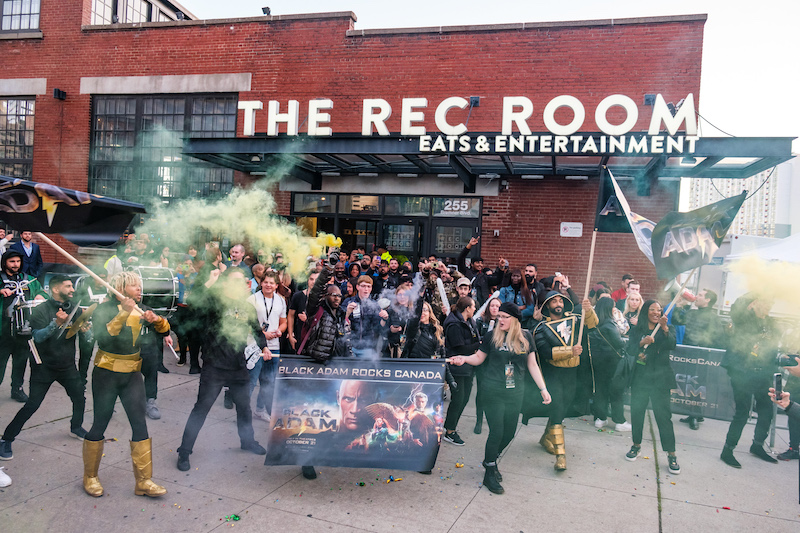 Led by drummers from Rhythm Works, excitement on the March to the Movie was high, with hundreds of fans chanting, waving flags, and wearing their official BLACK ADAM gear. 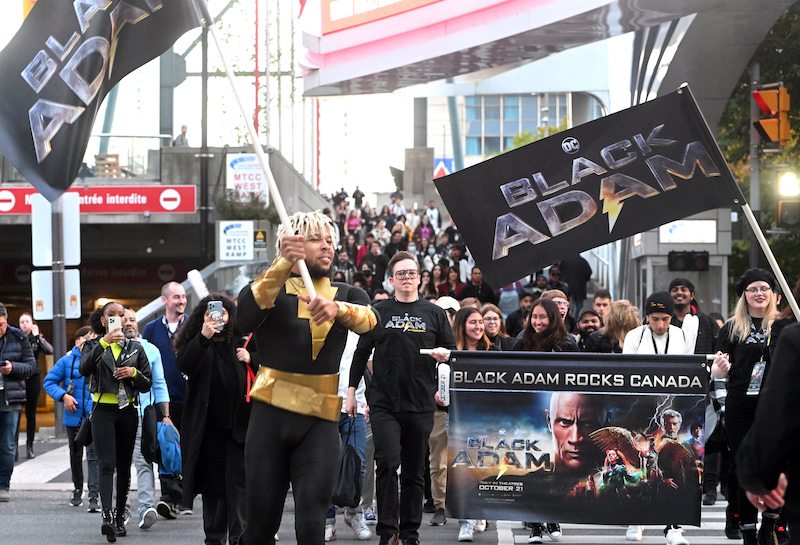 After the march, participants became among the first in Canada to watch BLACK ADAM before its theatrical release on October 21. While fans embarked on the March, Johnson participated in a national red carpet press line, speaking with Canadian broadcast, radio, digital, and print outlets. 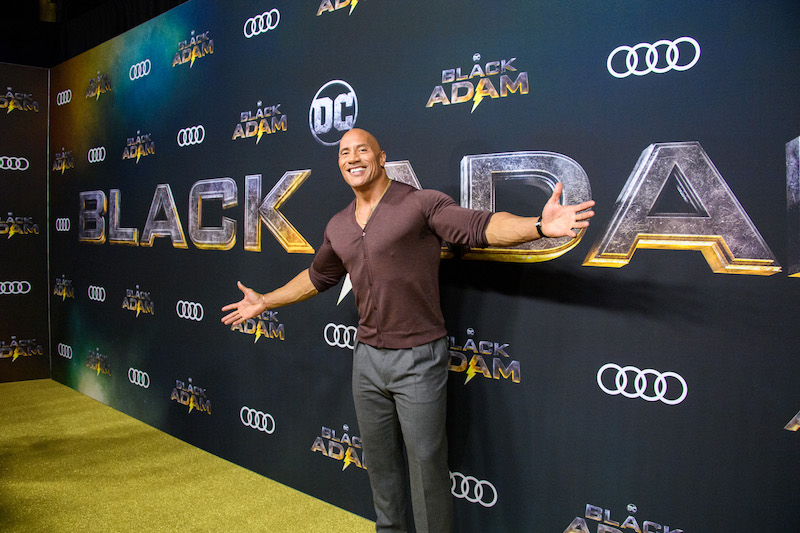 Following the red carpet, Johnson surprised Leafs Nation at the team’s first home game of the season, where he helped select a few lucky fans to receive: an upgrade to the lower bowl for the rest of the game, a suite for a future Leafs game (courtesy of Rogers), a trip to Los Angeles with tickets to the Warner Bros. Studio Tour Hollywood, a private screening of BLACK ADAM, and free movies for a year. After selecting the lucky winners, Johnson hyped up fans at Scotiabank Arena.

The world needed a hero, it got #BlackAdam.

From New Line Cinema, Dwayne Johnson stars in the action adventure “Black Adam.” The first-ever feature film to explore the story of the DC Super Hero comes to the big screen under the direction of Jaume Collet-Serra (“Jungle Cruise”).

Nearly 5,000 years after he was bestowed with the almighty powers of the ancient gods—and imprisoned just as quickly—Black Adam (Johnson) is freed from his earthly tomb, ready to unleash his unique form of justice on the modern world.

Johnson stars alongside Aldis Hodge (“City on a Hill,” “One Night in Miami”) as Hawkman, Noah Centineo (“To All the Boys I’ve Loved Before”) as Atom Smasher, Sarah Shahi (“Sex/Life,” “Rush Hour 3”) as Adrianna, Marwan Kenzari (“Murder on the Orient Express,” “The Mummy”) as Ishmael, Quintessa Swindell (“Voyagers,” “Trinkets”) as Cyclone, Bodhi Sabongui (“A Million Little Things”) as Amon, and Pierce Brosnan (the “Mamma Mia!” and James Bond franchises) as Dr. Fate.

“Black Adam” smashes into theatres and IMAX internationally beginning 19 October 2022 and in North America on October 21, 2022. It will be distributed worldwide by Warner Bros. Pictures.