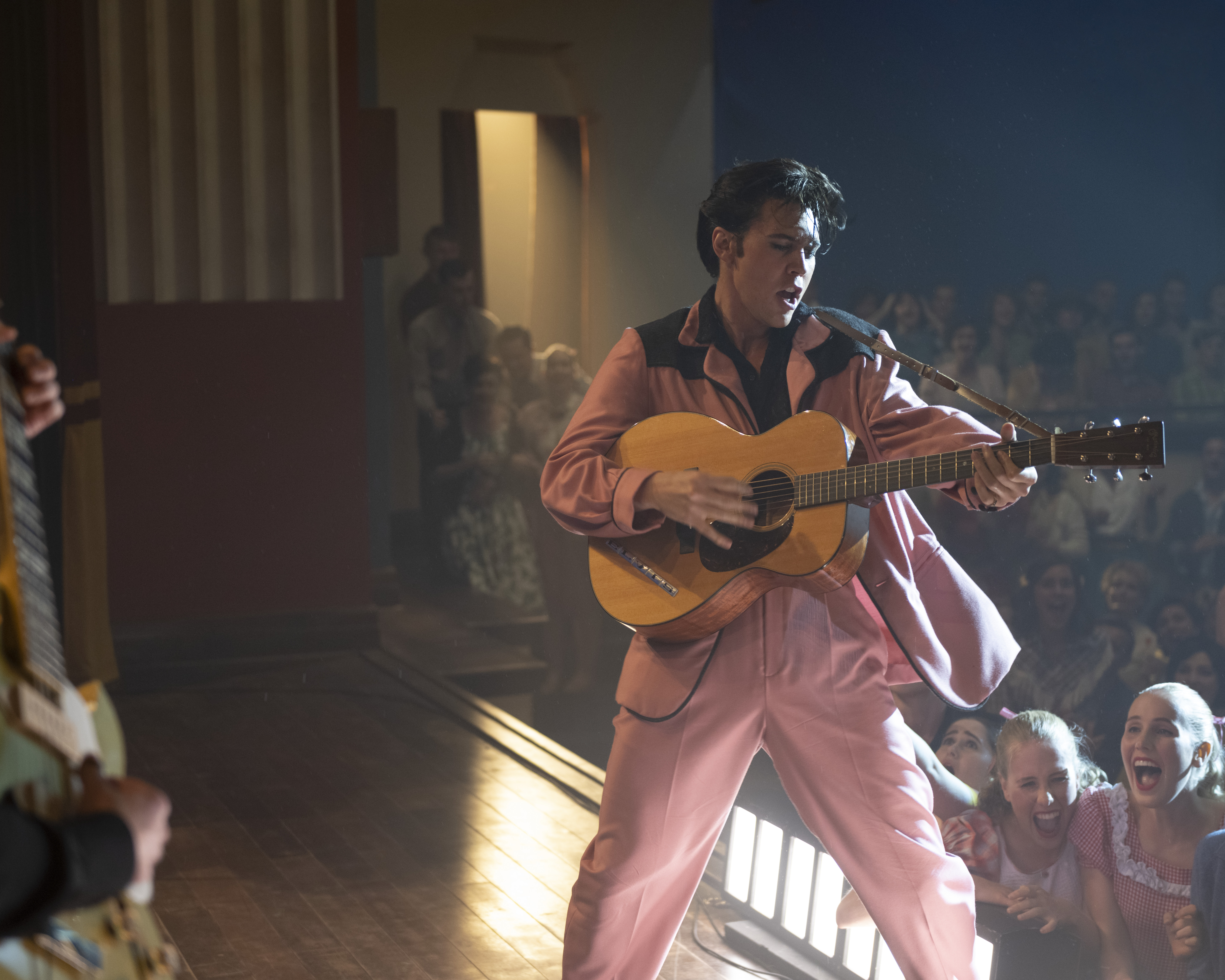 Warner Bros. Pictures’ “Elvis,” from acclaimed filmmaker Baz Luhrmann, is crossing the $100 million mark at the domestic box office today, bringing the film’s worldwide total to over $170 million and counting.  The announcement was made today by Jeff Goldstein, President of Domestic Distribution, Warner Bros. Pictures.

“Elvis” continues to drive box office in part because younger audiences—none of whom were born during Elvis’s lifetime—are embracing the film and leading the enthusiastic social media conversation.  Along with the film’s success, the music from the movie is climbing on diverse charts, resulting in a cross-genre reverberation from dance to hip-hop and more, and sales of the Elvis Presley catalog rising, with streaming of his music up 90%.

In making the announcement, Goldstein stated, “We are not only pleased to cross this milestone, but truly thrilled to see it happen with a film like ‘Elvis.’  In today’s market and especially in the summer corridor, to see a non-branded IP with an up-and-coming lead create not just box office noise but also result in a significant spike in other areas is so gratifying and speaks to the quality of the film on every level.  With strong playability, positive word of mouth and cross-generational multiple viewings, we expect ‘Elvis’ to continue to deliver and we congratulate Baz, Austin and everyone involved in the film and the soundtrack on its ongoing success.”

The Elvis Original Motion Picture Soundtrack tops the Billboard soundtrack chart, thanks to such hits as Doja Cat’s “Vegas,” currently #7 on the U.S. Spotify chart and #14 on the Billboard streaming chart.  PNAU, who performs (with Elvis), produced and arranged “Don’t Fly Away,” provided the legendary Presley with his first-ever appearance on a dance music chart.

On social media, TikTok engagement has more than doubled since the film’s release, with 238 million views of “Elvis”-related content post-open, and on Twitter, Millennials (ages 25 to 41) represent the largest audience discussing the film since opening, accounting for 47% of the total volume; close behind are audiences ages 13 to 34, representing 25% of the conversation.

A thoroughly cinematic drama, Elvis’s (Butler) story is seen through the lens of his complicated relationship with his enigmatic manager, Colonel Tom Parker (Hanks).  As told by Parker, the film delves into the complex dynamic between the two spanning over 20 years, from Presley’s rise to fame to his unprecedented stardom, against the backdrop of the evolving cultural landscape and loss of innocence in America.  Central to that journey is one of the significant and influential people in Elvis’s life, Priscilla Presley (Olivia DeJonge).