Warner Bros. Pictures Canada celebrated the upcoming release of "Elvis" by bringing Oscar-nominated visionary filmmaker Baz Luhrmann and the movie’s stars, Austin Butler and Olivia DeJonge, to Toronto for an Exclusive Canadian Screening Event on Friday evening. More than 500 Elvis fans and movie lovers gathered at TIFF Bell Lightbox for the first public screening of the film in Canada, which was hosted in partnership with the Toronto International Film Festival. Luhrmann, Butler and DeJonge spoke to select national broadcast TV, radio, and digital press along with Canada’s top exhibitors on a mesmerizing Elvis-themed red carpet. Prior to the screening, eager Elvis fans lined up for hours and erupted with excitement when one lucky fan won a Gibson SJ-200 guitar worth more than $6,000 just in time to have it signed by the stars, making for the ultimate keepsake. 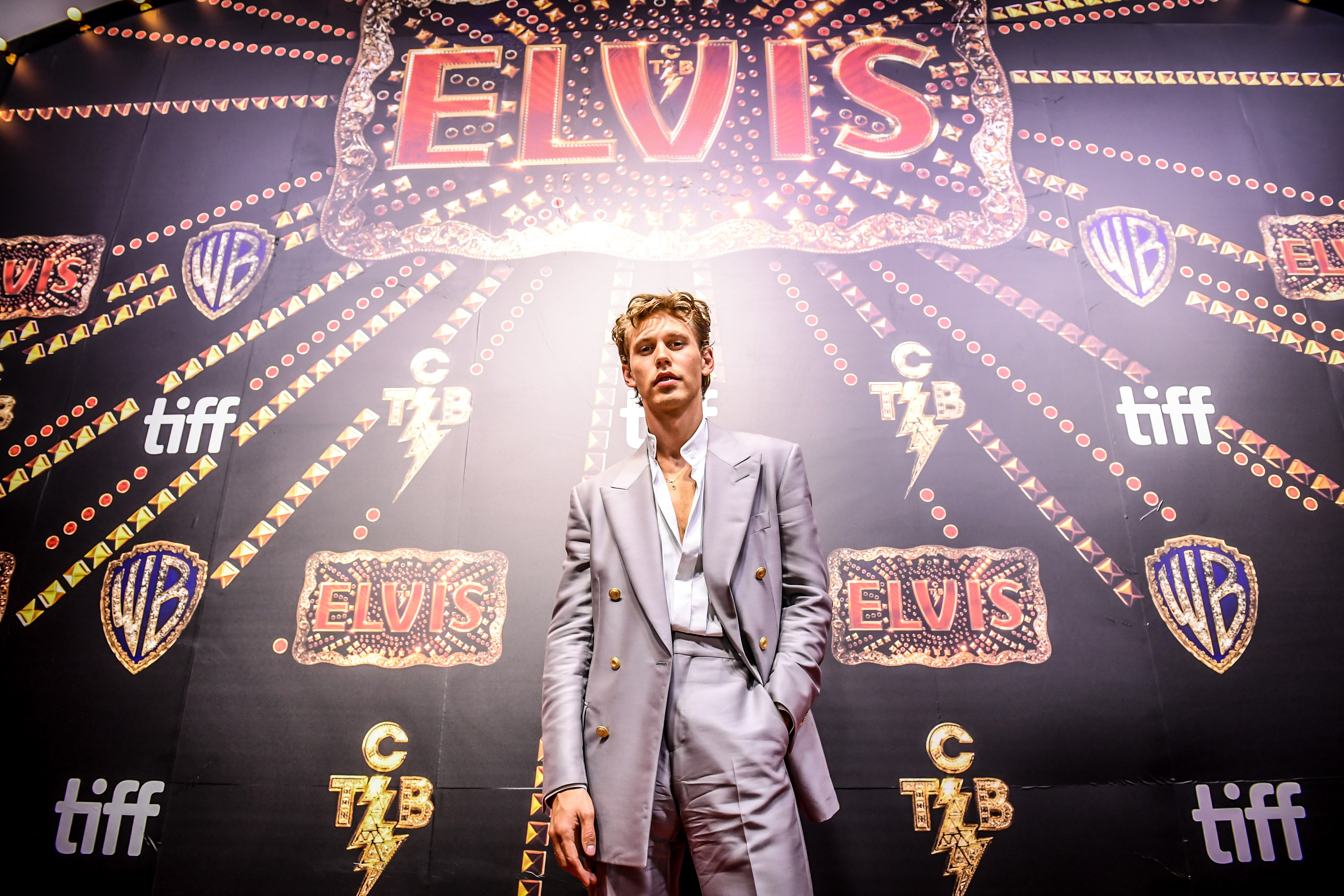 Following the red carpet, audience members had the opportunity to watch as the cast and director participated in a 30-minute Q&A about the film - moderated by TIFF CEO Cameron Bailey – which was also livestreamed for thousands of Elvis fans around the world on TIFF’s TikTok page. 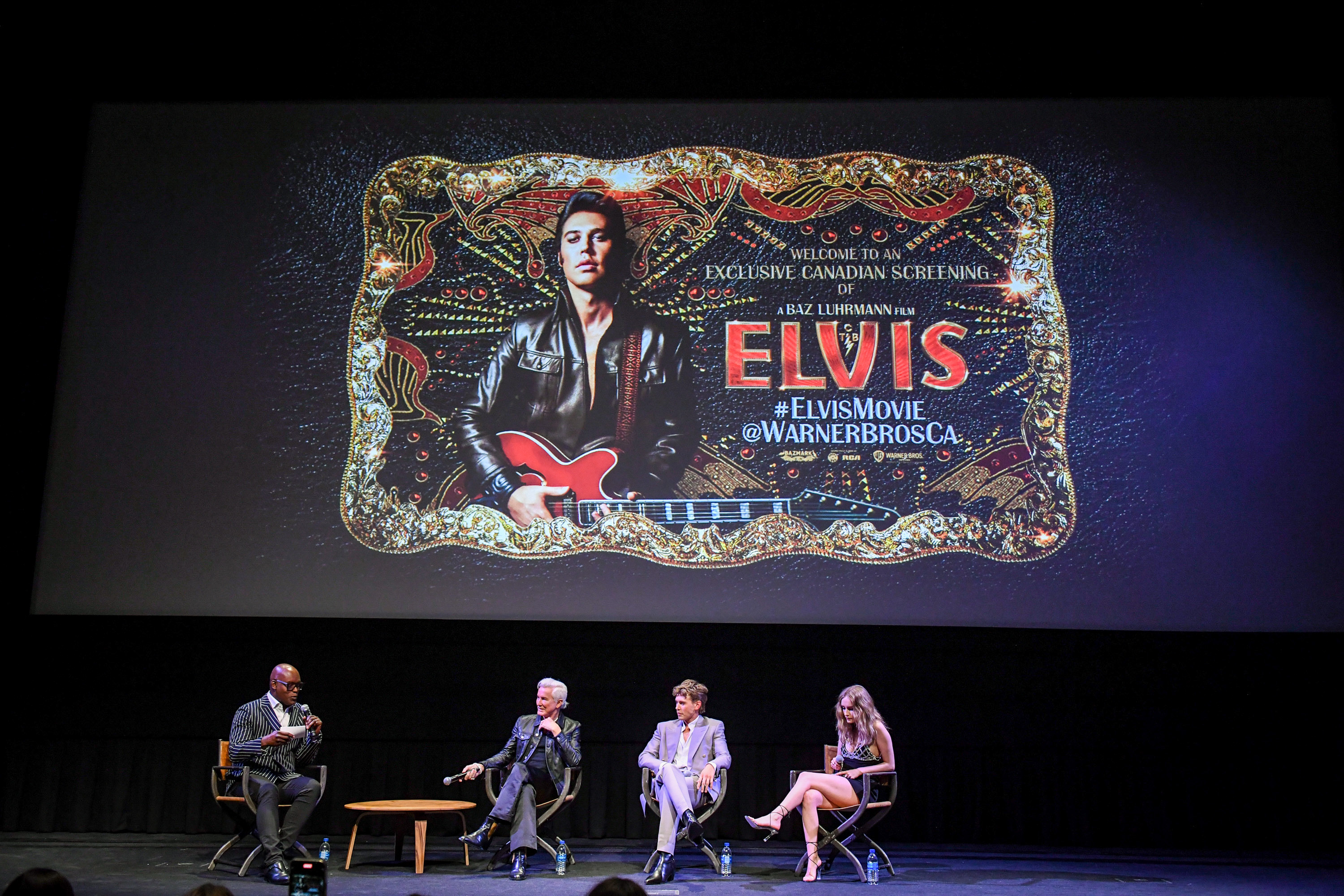 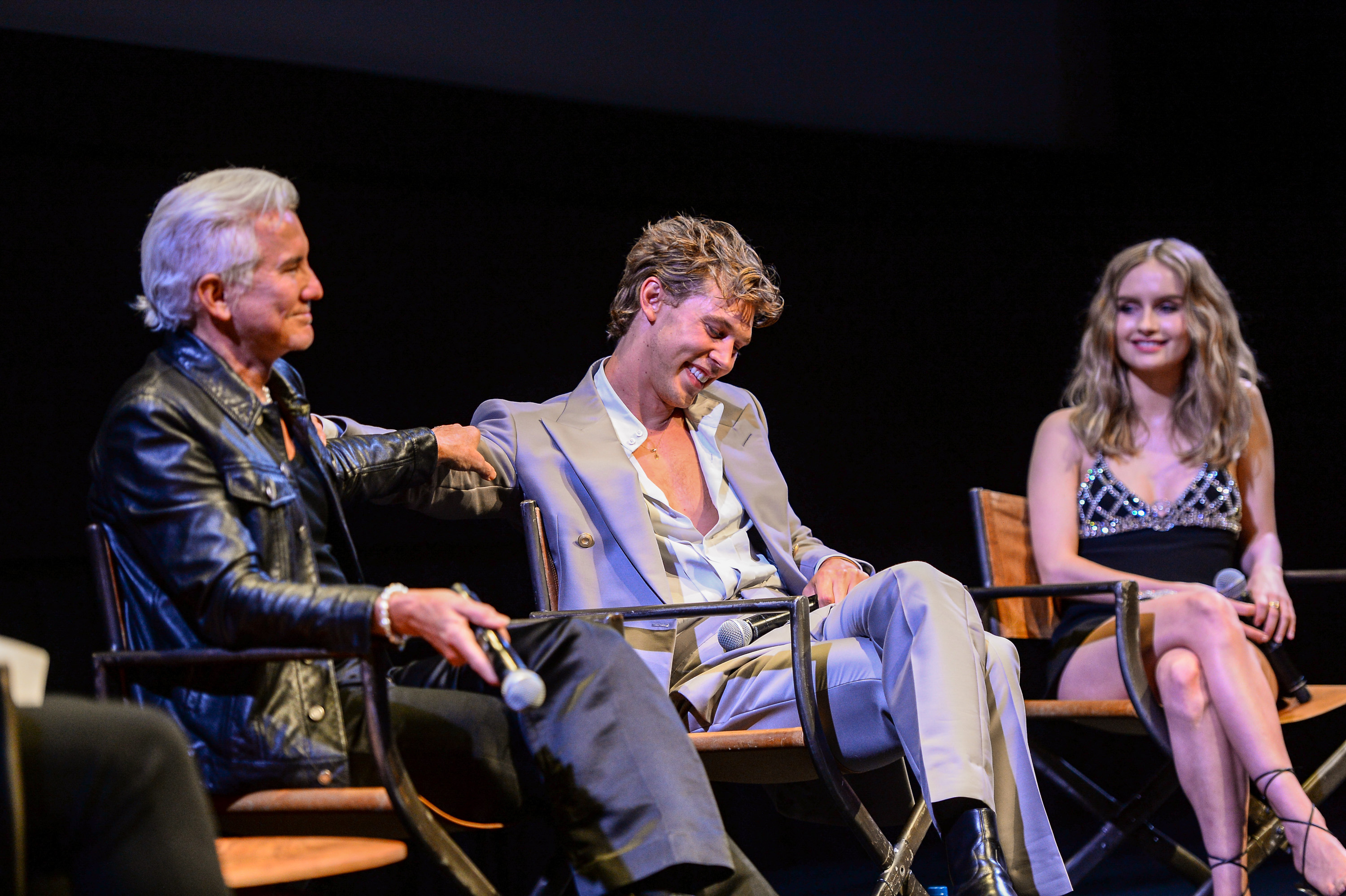 The “Elvis” Exclusive Canadian Screening Event featured TIFF’s largest red carpet build to date with more than 150 lightbulbs, themed to a carnival scene spectacle in the film; a 13 ft-high film-branded backdrop; and a carpet that ran a whopping 100 feet throughout TIFF Bell Lightbox lobby. Fans of Elvis and the theatrical experience can see the film across Canada when the film hits theatres on June 24, marking the return of Elvis to Canada after the artist played his first show in Toronto at the iconic Maple Leaf Gardens back in 1957, before shows in Ottawa and Vancouver. 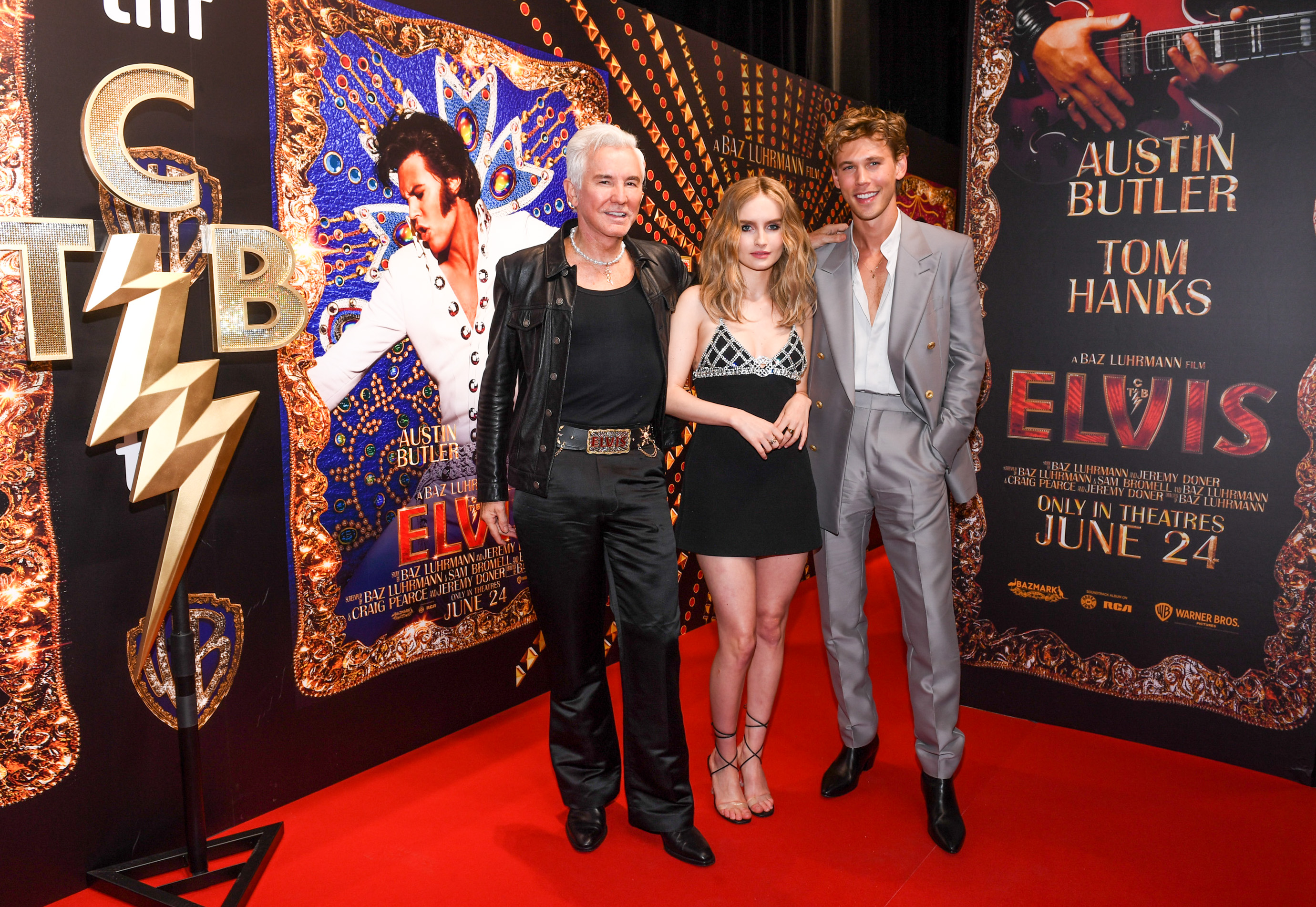 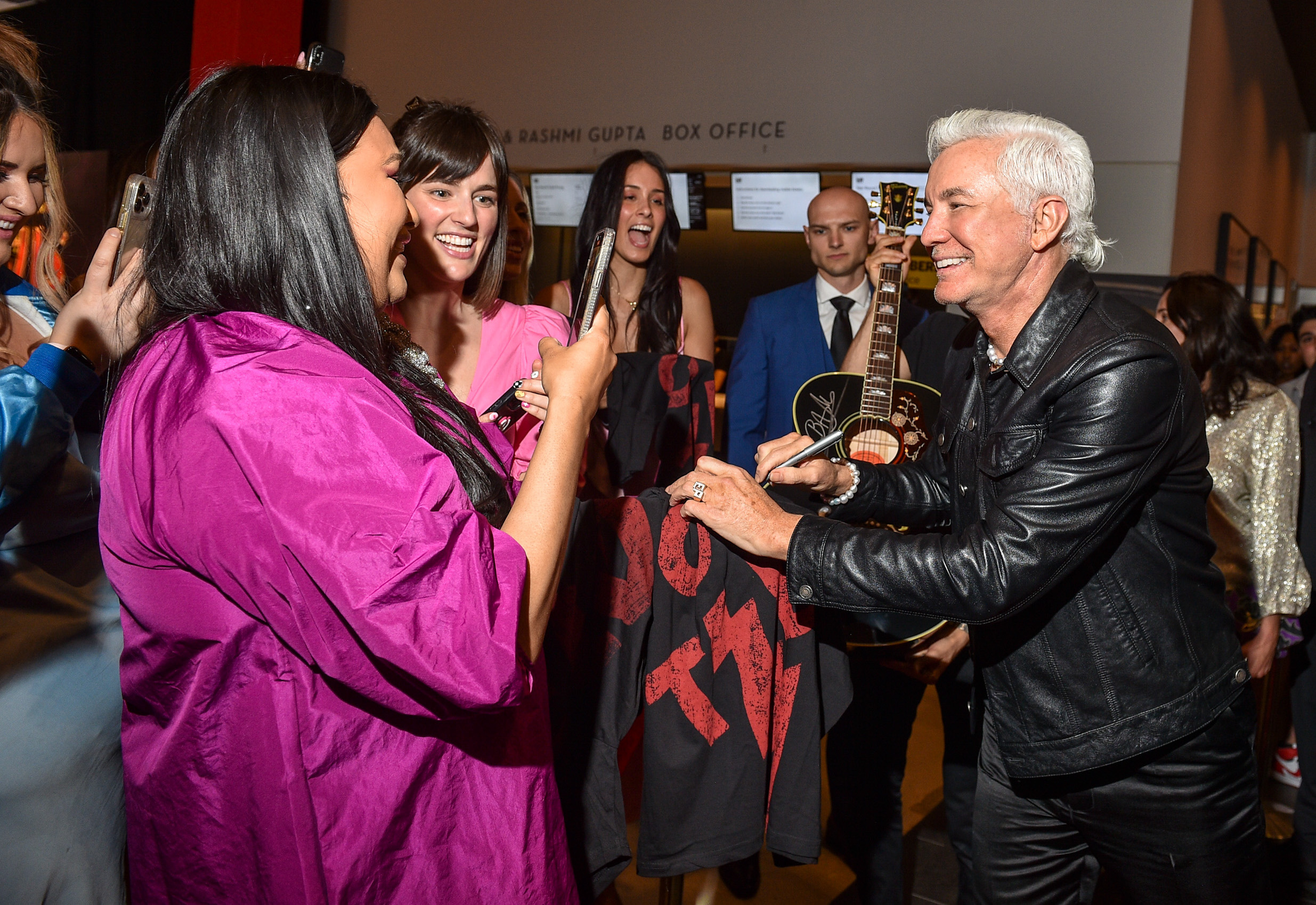 From Oscar-nominated visionary filmmaker Baz Luhrmann comes Warner Bros. Pictures’ drama “Elvis”, starring Austin Butler and Oscar winner Tom Hanks. The film explores the life and music of Elvis Presley (Butler), seen through the prism of his complicated relationship with his enigmatic manager, Colonel Tom Parker (Hanks). The story delves into the complex dynamic between Presley and Parker spanning over 20 years, from Presley’s rise to fame to his unprecedented stardom, against the backdrop of the evolving cultural landscape and loss of innocence in America. Central to that journey is one of the most significant and influential people in Elvis’s life, Priscilla Presley (Olivia DeJonge).

Principal photography on “Elvis” took place in Queensland, Australia with the support of the Queensland Government, Screen Queensland and the Australian Government’s Producer Offset program.

For Press materials, go to:
https://mediapass.warnerbros.com/