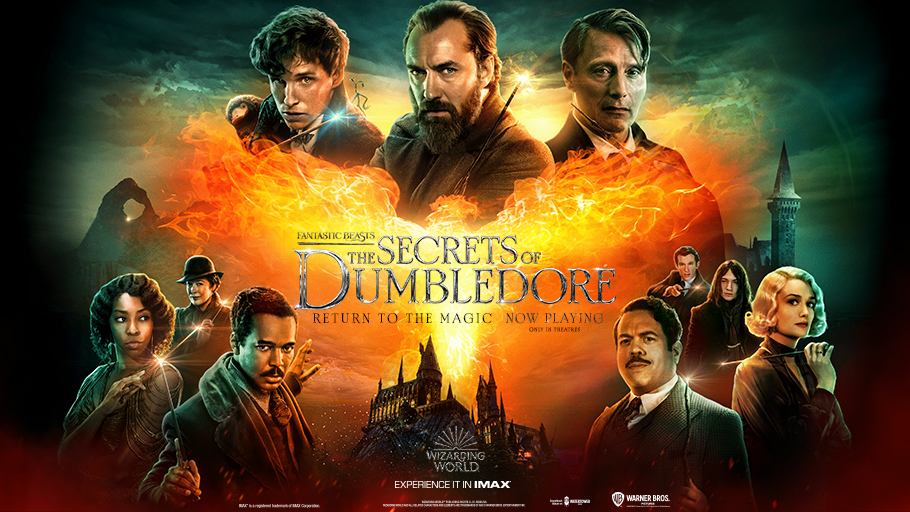 Ahead of the film’s highly anticipated April 15 theatrical release, Canadian Wizarding World fans returned to the magic at the exclusive IMAX Fan Event Screening of Fantastic Beasts: The Secrets of Dumbledore at Cineplex’s Scotiabank Theatre Toronto on April 6. Throughout the magical night, wizarding fandom was on full display, as fans came dressed as their favourite Wizarding World characters and were treated to special swag, unique photo opps, giveaways, and more.

Following some fun pre-screening trivia hosted by blogTO’s Dhanung Bulsara, fans in attendance were treated to a special Q&A in New York featuring members of the cast, who teased what to expect in the latest installment of the Fantastic Beasts franchise. As audiences across North America joined together in casting one last magical spell, the lights went down as fans were transported back to Hogwarts once again.

The magic doesn’t end there! Wizarding World fans were able to enter Canada’s Fantastic Superfan Contest for a chance to win a magical trip for two to London, England, inclusive of tickets to the Warner Bros. Studio Tour London, Harry Potter & the Cursed Child, and The Harry Potter Photographic Exhibition. The contest is now closed.


And we have a winner... Meet Canada's Fantastic Superfan! Congratulations to Courtenay from Alberta! Check out Courtenay’s fantastic winning video! Thanks to all the superfans who entered and stay tuned to the Warner Bros. Canada social channels for more exciting chances to win. Return to the magic today and see Fantastic Beasts: The Secrets of Dumbledore, now playing in theatres.