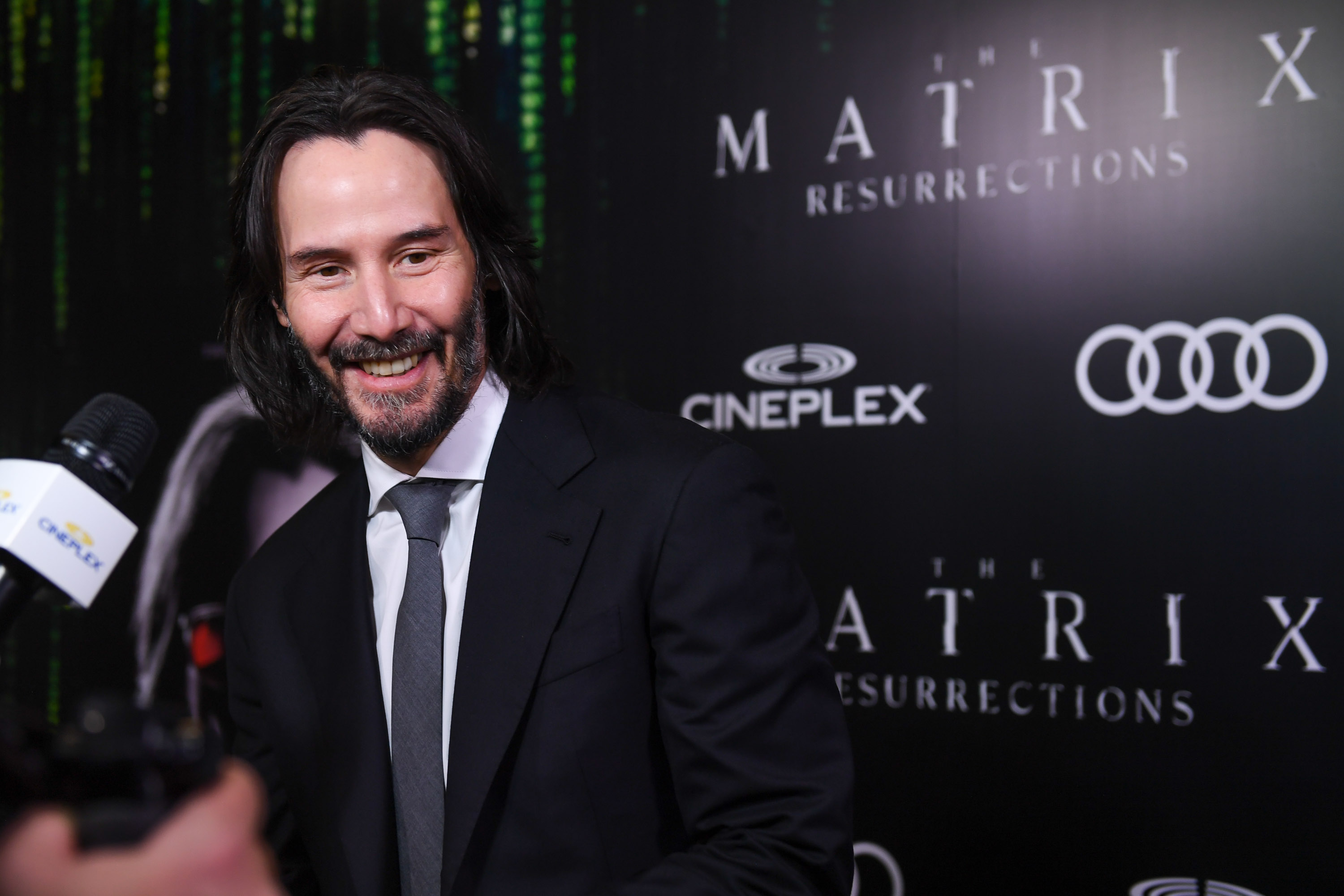 Warner Bros. Pictures Canada celebrated the upcoming release of “The Matrix Resurrections” by bringing the Canadian star of the franchise, Keanu Reeves, back to Toronto for the Black Carpet Premiere earlier this evening. Matrix fans and movie lovers from across the country received a once-in-a-lifetime theatrical experience, which was hosted in partnership with Canada’s #1 exhibitor, Cineplex. The Canadian Premiere offered attendees the opportunity to safely reignite their passion for movie-going after months of devastating lockdowns that deeply impacted the industry. The magnitude of the event was groundbreaking for the Canadian film industry and featured a total outdoor and indoor takeover of Cineplex’s Scotiabank Theatre. The event was sponsored by the Canadian exhibitor along with Audi Canada, IMAX, and the Fairmont Royal York Hotel. 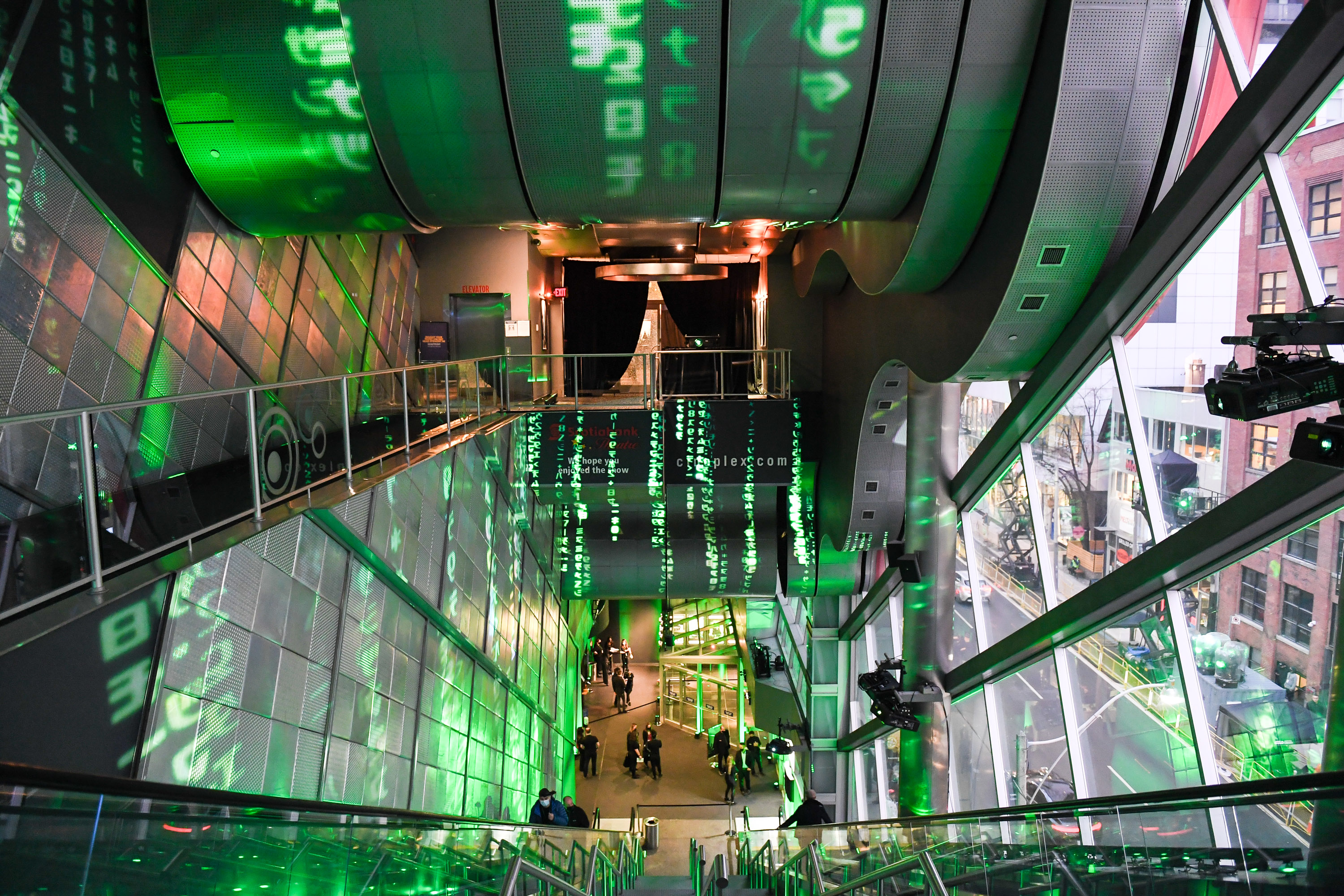 Prior to 14 advance screenings of the new movie, Canadian icon Keanu Reeves walked the exclusive ‘black carpet’, speaking with national and local press about his return to this world-renowned franchise. Following the ‘black carpet’ the actor surprised lucky fans in multiple auditoriums to express gratitude for Canada’s ongoing love of ‘The Matrix’. Before ‘The Matrix Resurrections’ began in each auditorium, an exclusive greeting revealed to those in attendance the exhilarating news that they were the first fans in North America to watch Reeves’ highly anticipated new film.

Earlier that night, fans were greeted by an entirely different Scotiabank Theatre, which had been transformed into a location completely comprised of the iconic green digital rain made famous by The Matrix Franchise – an effect that was achieved by high-definition projection mapping. Once inside, the green rain continued above and around the theatre’s massive escalators and staircase and cascaded across every screen and surface, inviting fans to truly ‘step back into The Matrix’. 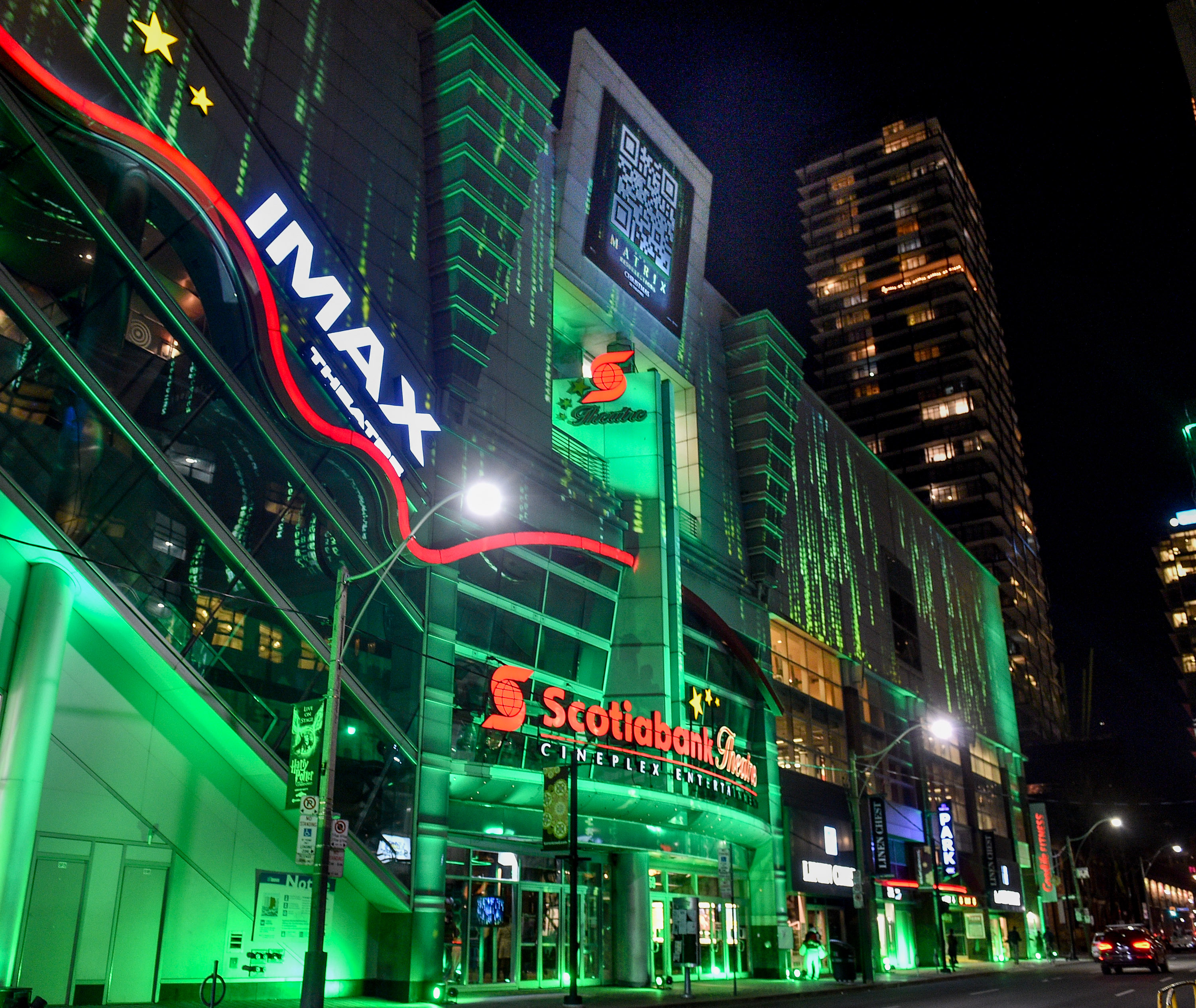 The Canadian Premiere featured a number of ‘firsts’ for the studio, Cineplex, and Canada, all of which allowed fans to leave the ‘real world’ behind and step back into the world of Neo and the Matrix.

The majority of those in attendance won their way to the premiere, as many brands gave away passes to the event, including Warner Bros. Pictures Canada who offered residents of Calgary, Edmonton, Halifax, Montreal, Ottawa, Vancouver, and Winnipeg the chance to win flights, accommodation, and tickets to the screening. The contest encouraged fans to discover ‘rabbit holes’ in their city by scanning QR codes that appeared at a variety of local businesses (full list of locations available upon request) in addition to GameStop Canada locations across the country. Select cities also featured live projections of the QR code in notable downtown locations.

The Canadian Premiere offered an unforgettable experience for those in attendance before the exclusively theatrical wide release of ‘The Matrix Resurrections’, just in time for the holiday season. Fans of The Matrix Franchise and the theatrical experience can see the return of Neo in IMAX across Canada when the film hits theatres on December 22, 2021. 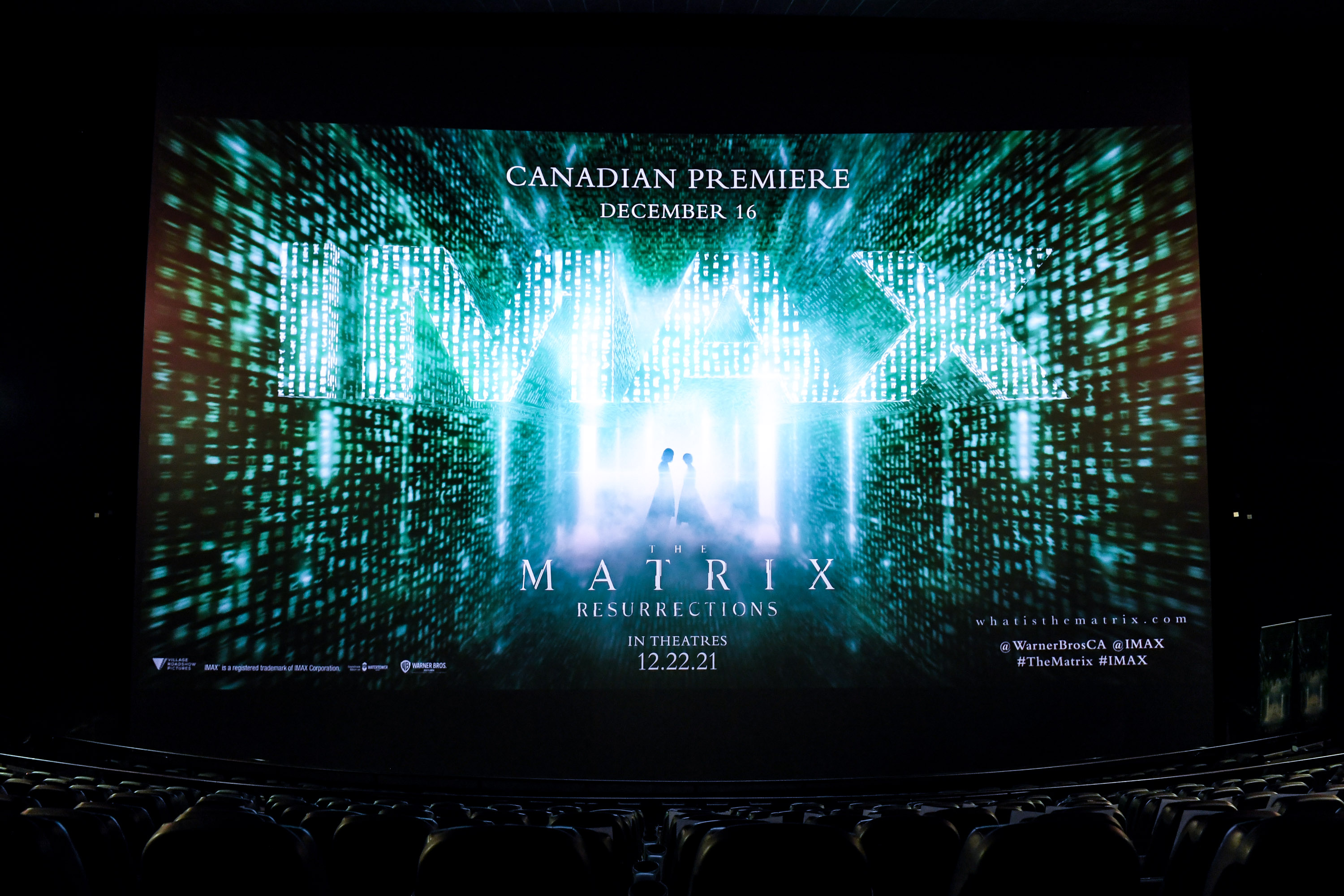 ABOUT THE MATRIX RESURRECTIONS

From visionary filmmaker Lana Wachowski comes “The Matrix Resurrections,” the newest film in the groundbreaking franchise that redefined a genre, which reunites original stars Keanu Reeves and Carrie-Anne Moss in the iconic roles they made famous, Neo and Trinity.