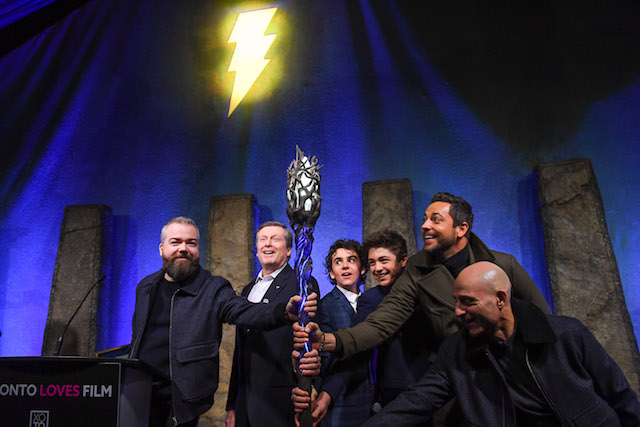 ​On March 14, Toronto welcomed Shazam! Director David F. Sandberg and stars Zachary Levi, Mark Strong, Asher Angel, and Jack Dylan Grazer to the city for an electrifying press tour! The group, along with Toronto Mayor John Tory and Fan Expo HQ VP Andrew Moyes, took to the stage at the Shazam! Fan Experience to officially unveil the world-exclusive exhibit! Following a booming crash of thunder and an indoor light show, the experience was open to the public!

The world-exclusive #SHAZAM Fan Experience is officially open in Toronto thanks to Mayor @JohnTory and the stars of the film! pic.twitter.com/G6tKnnFHBw

Built using actual sets and props from the film, the Shazam! Fan Experience is a special giveback to Torontonians for welcoming the film’s production to the city last year. 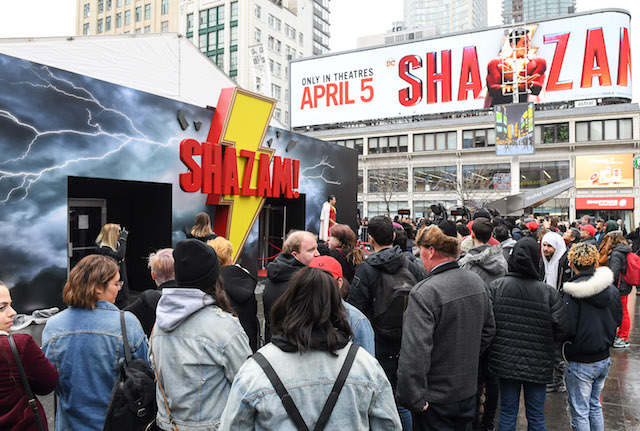 This one-of-a-kind experience allows fans to immerse themselves in two key moments from the film, stepping onto a subway car resembling the iconic TTC, before entering the ‘Rock of Eternity’ and taking hold of the iconic wizard staff from the film.

Following an introductory Q&A in which the stars expressed their appreciation for ‘Hollywood North’ and the City of Toronto, Mayor John Tory spoke to the economic benefits – totalling over $55 million dollars – that production of the film brought to the city. 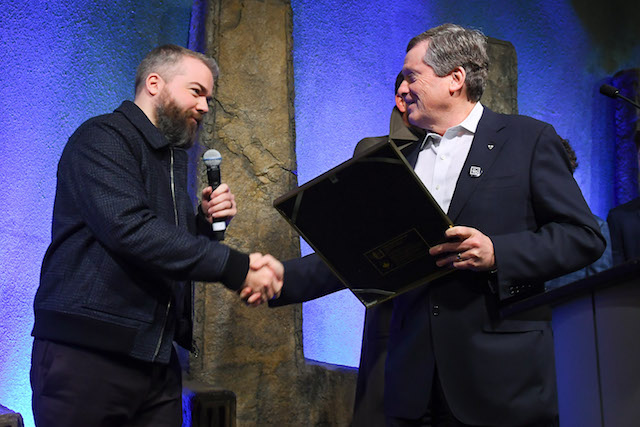 Crafted in partnership with xoTO and FAN EXPO Canada™, the Shazam! Fan Experience opened to thousands of cheering fans eager to grab a selfie or signature from their favourite stars! The cast took the time to thank fans for braving the rain, just before talking to some of Canada’s biggest news and entertainment outlets! 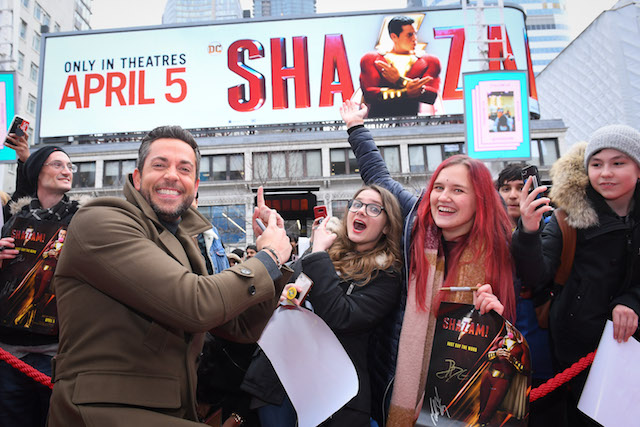 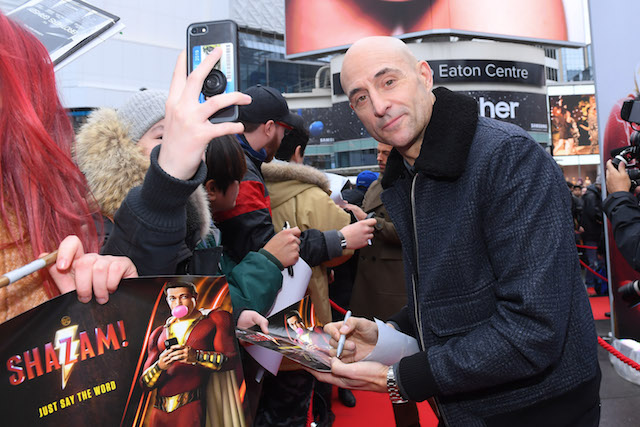 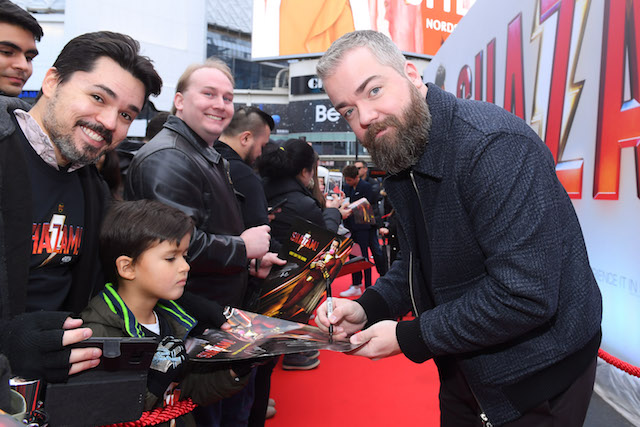 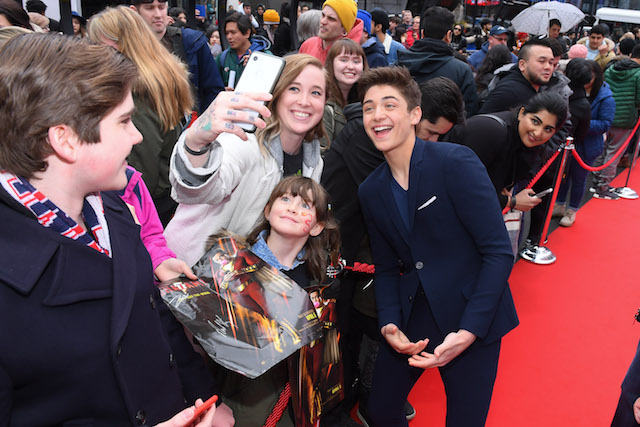 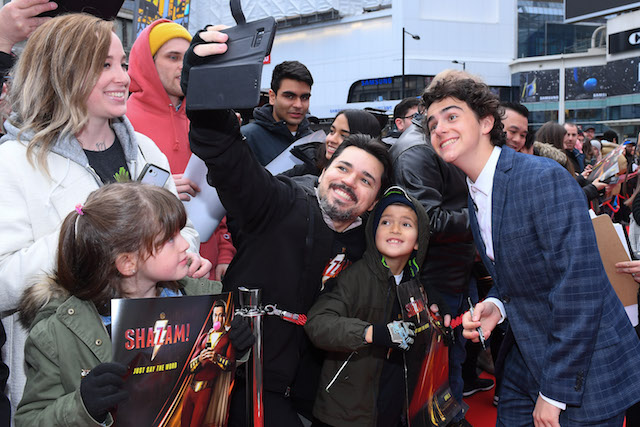 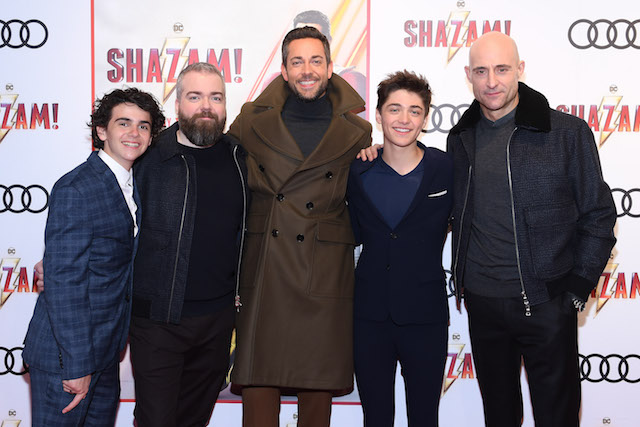 Earlier in the day, the stars of Shazam! enjoyed an action-packed morning, dropping by the likes of Breakfast Television Toronto, Your Morning, CP24 Breakfast, CHUM 104.5, The Morning Show, 102.1 The Edge, and etalk before heading to the CN Tower to spend some time with Big Brothers Big Sisters of Toronto.

First stop on the #SHAZAM Canada tour: @BTtoronto The stars look back on their time filming in #Toronto and give lots of love to the fans. Plus, a quick visit with the Lil Ballas. pic.twitter.com/PyJJNBHJFP

Shazam himself (Zachary Levi) also took the opportunity to check out some superhero-level views of the city, venturing out onto the CN Tower’s EdgeWalk with etalk’s Chloe Wilde.

The Shazam! Fan Experience at Yonge-Dundas Square will remain open to the public until 9 pm on March 15. Fans who visit the experience will receive a complimentary video of their experience, as well as the opportunity to win screening passes and other exclusive prizes!