On November 15th, Actor Michael B. Jordan touched down in Toronto to celebrate the upcoming release of CREED II.

The city was cheering CREED’s name all afternoon as Michael surprised a group of press and influencers participating in an exclusive training session with the last heavyweight champ to hold the undisputed title, Lennox Lewis, at the popular Hardknocks Boxing Gym. Participants donned official CREED boxing gear and had the chance to step in the ring and learn from Lewis, a Canadian boxing legend!

Michael next stopped by the MLSE Launchpad, a Sport For Development facility that provides free programming to at-risk youth, to celebrate the unveiling of their new boxing program. Roaring applause and cheers from students, coaches, parents and teachers in attendance erupted when Launchpad’s Director of Sport Programming, Justin Bobb pulled back the gym curtain to reveal Michael standing within a display of new gear including gloves, pads, bags and more. Michael spoke with the youth and helped them gear up for training while providing them key training advice.

Michael concluded his visit by participating in a national Canadian press line. 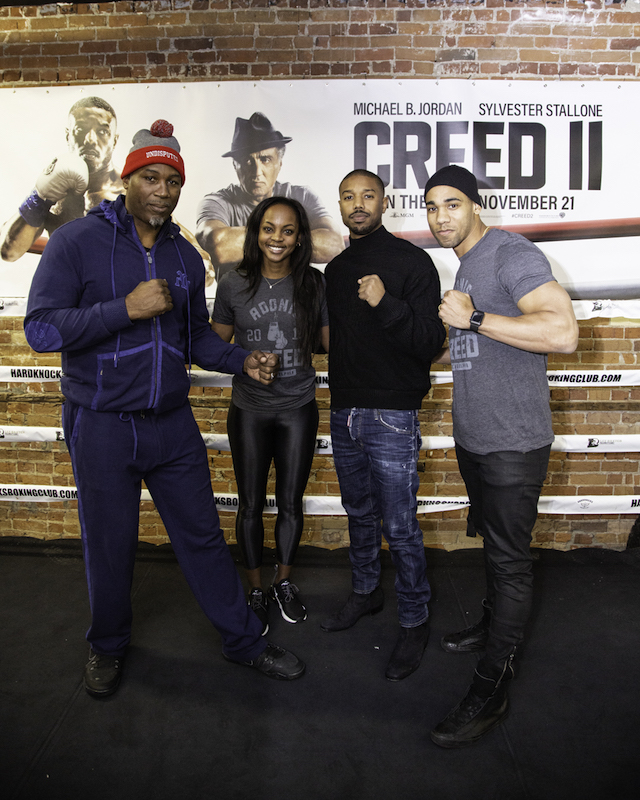