With Smallfoot stepping into theatres on September 28, smallfeet across Canada had the chance to meet the big-footed yetis at some of the biggest events of the summer. Throughout August and September, the yeti and friends went on a journey of discovery across the country. 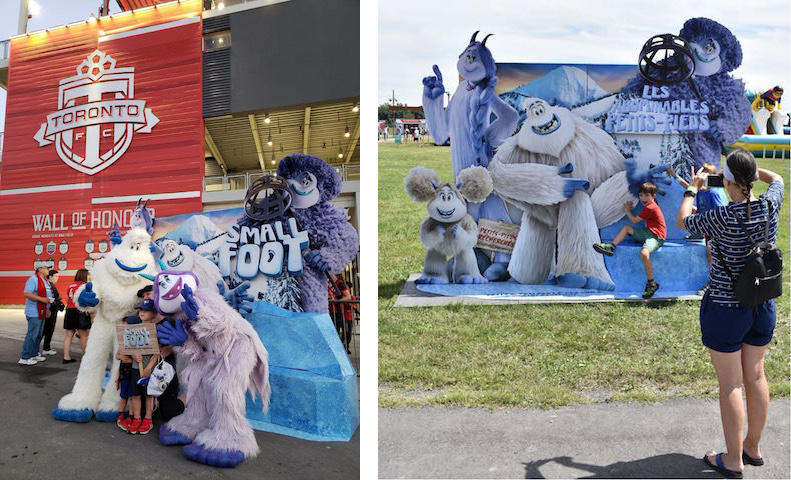 With stops at Montreal Balloonfest, the Canadian National Exhibition, Fan Expo Canada, Toronto FC’s match vs the LA Galaxy, as well as on the streets of Halifax, Saskatoon, Lethbridge, and Toronto, Canadians were on yeti-watch all summer long.

Catch them this weekend at the Word on the Street Toronto Festival on Sunday, September 23 from 10am-5pm.

And if you can’t make it in person, visit the Warner Bros. Canada Facebook page until Oct 1, where fans can let out their inner-yeti for the chance to win $500 and a family pack of passes to see Smallfoot in theatres. To enter the #GetYetiContest, comment on the contest post with a video of your best yeti impression.

Be sure to catch Smallfoot in theatres September 28!