Join the fight with the Injustice 2 Legendary Edition and get access to all three Fighter Packs, the Darkseid DLC, five Premiere skins, new Gear items, and more!

With legendary fighters like Red Hood, Sub-Zero, Hellboy, and The Teenage Mutant Ninja Turtles, the Injustice 2 Legendary Edition features the biggest DC roster ever offered in a fighting game! 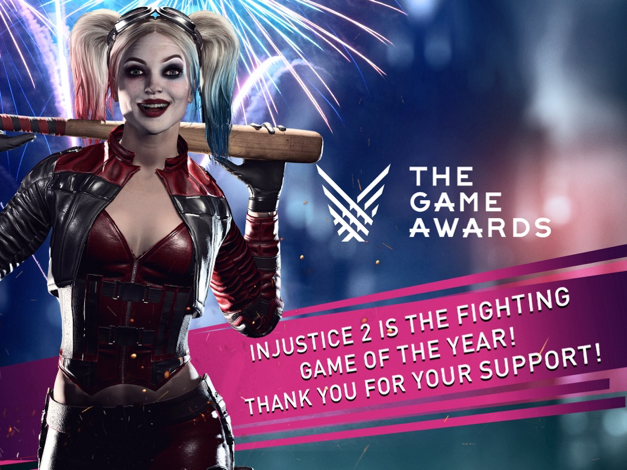 Winner of Best Fighting Game at The Game Awards and IGN’s Best of 2017 Awards, Injustice 2 lets players fight as their favourite DC superheroes and supervillains, drawing from a massive roster that includes the likes of Batman, Superman, Supergirl, The Flash, Aquaman, and Wonder Woman, along with villains like Atrocitus, Gorilla Grodd, and Deadshot.

For the first time, players can also take control of how their characters look, fight, and develop across a variety of game modes, earning unique and powerful gear throughout the game.

Think you have what it takes to compete against the world’s best players? For more info on the Canadian Injustice 2 Elite Circuit, visit: injustice.com/esports.

Earn points weekly for your chance to be one of the eight finalists who will earn a trip to Toronto to compete in the live finals at this year’s Fan Expo Canada. With a $10,000 prize pool and a spot in the Global Injustice 2 Pro Series Grand Finals on the line, this promises to be the biggest battle yet!

Hey, Canada! Do you have what it takes to compete against the world’s best #Injustice2 players? For more info on the Injustice Elite Circuit visit: https://t.co/6QE4V4IiNT! pic.twitter.com/VoL1Jmx2XE