Fans who attended this year’s CFL Fan Fest at Winnipeg’s RBC Convention Centre from March 22-25, had their chance to run like Rampage star (and former CFLer), Dwayne Johnson, at the Rampage Run 20-yard dash. In anticipation of his newest film, fans were able to see how their speed stacks up with the big leagues, while also receiving some exciting swag.

Having played for the University of Miami and the Calgary Stampeders, Johnson knows a thing or two about big hits on the football field. And what better way to get ready for the CFL season than with some even bigger action on the big screen?

Check out the shot below from CFL Fan Fest in Winnipeg and be sure to catch Rampage in theatres this Friday. 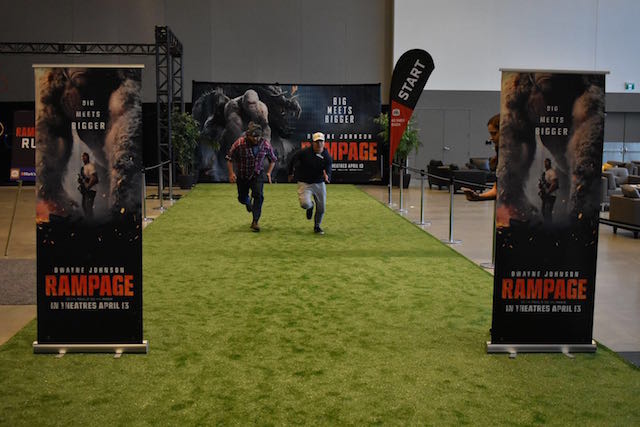