The 90th Annual Oscars® kicked off Sunday night with host Jimmy Kimmel's comedic touch poking fun at current events, as well as a certain snafu from last year's event. The ceremony quickly got down to brass tacks and began handing out the coveted statuette within the first handful of minutes. Warner Bros. is proud to have received five Academy Awards with Dunkirk taking home three and Blade Runner 2049 earning two. 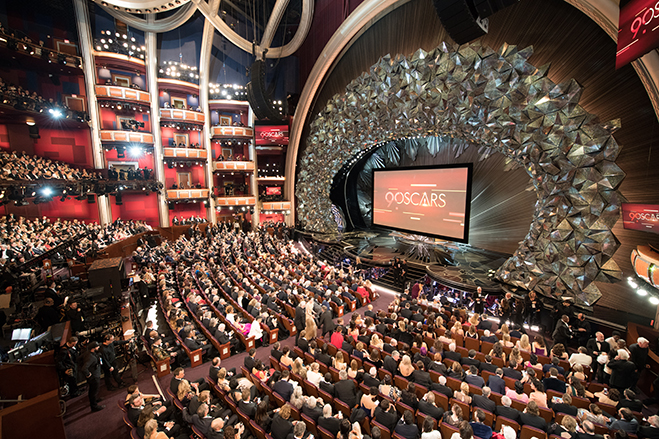 Early in the evening, Dunkirk claimed two wins for Best Sound Editing (Alex Gibson, Richard King) and Best Sound Mixing (Mark Weingarten, Gregg Landaker, Gary A. Rizzo). Backstage when speaking to the press about the win, the team explained that they took great pains to capture as much authentic sound as possible, including bombs, Spitfire planes, and historically accurate ships and boats. 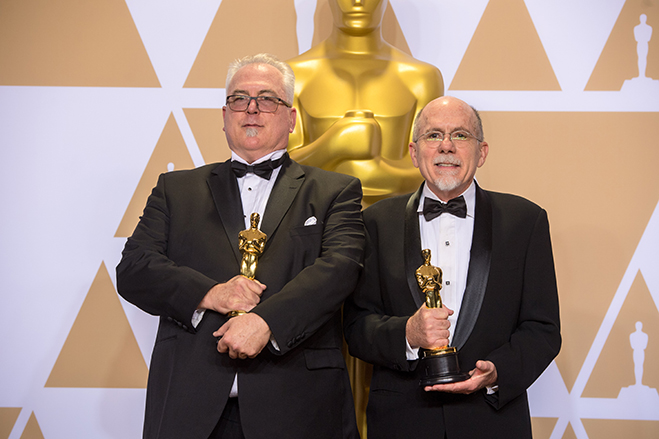 The award for Best Sound Editing was particularly historic, as Alex Gibson—who worked on the music editing—was added to the nomination for his work on seamlessly blending the music into the lifeblood of the film. By employing complicated techniques such as the Shephard tone, an auditory illusion which loops so that the listener perceives the sound as continually going higher, higher and higher, Gibson was able to build massive levels of suspense and anxiety.

Ana de Armas as Joi and Ryan Gosling as K in Blade Runner 2049.

Dunkirk followed in the subsequent category with a win for Best Film Editing for Lee Smith. Smith has a long creative relationship with Dunkirk's Christopher Nolan, having previously worked on several of the director's other films including Inception, The Dark Knight and Interstellar.

Blade Runner 2049 claimed one more Oscar for the evening, winning Best Cinematography. This was Academy Award nomination number 14 for industry icon Roger A. Deakins and his first win. In his acceptance speech, Deakins said, "You know, I really love my job. I've been doing it a long time as you can see. But you know, one of the reasons I really love it is the people I work with, both in front of the camera and behind the camera...And this is for every one of them, every one of them. In fact, I gotta say it's for us because it was a team. It was really a team effort."

See a full list of all the evening's winners here.